A few weeks ago our little one man turned two. As I’m sure a lot of parents feel, it seems to have gone so quickly, yet we can’t remember life before him! Some of our friends are onto number two and seeing the recently arrived newborns really reminds you just how much they grow, change and develop in those first two years!

From feeding and sleeping constantly (more feeding than sleeping I seam to remember!) to chatting and running all over the place it’s been a really full on but great two years.

With the best intentions is really hard to keep a track of their development so I thought I’d do a quick snap shot of what being two looks like in our house!

A day in the life with our 2 year old

We usually get up,thanks to the mini human alarm, sometime between 6-7am. First things first is a bottle of milk accompanied by pip ahoy on Chanel 5 (mon-fri) or CBeebies at the weekend!

We have breakfast (usually Cheerios or wheetabix) – pausing Andy’s dinosaur adventures to get some self-delivered spoonfuls eaten (!) – and try to protect the pain au chocolat I’m rather partial too from having all the chocolate pinched out of them 😀

We usually play for a bit with the many dinosaurs and trains that have pride of place in our living room before going for a morning nap. Most of the time we are still doing two naps at the weekend but starting to go down to one (like he does at nursery). We usually get a good two hours which is time spent cleaning, washing up and sorting the next load of never ending washing! Once up, we head out and about and have lunch. If the weather is nice we usually head to the park for a go in the playground and a good run around or head to soft play or swimming.

(If we are going for two naps we are usually back by about 3/3.30 and we catch up on Game of Thrones during nap time.)

Back at home the toys and books come out and we play until dinner time. We might do some drawing or painting and then it’s bathtime.

Bedtime is at 7 with a bottle of milk and a CBeebies bedtime story then a book and an attempt at teeth brushing before a few more books and twinkle twinkle little star.

Running, climbing and he has just started to jump with two feet off the ground.

Lots of chat – mostly around dinosaurs – he can identify quite a few now.

Favourite TV shows: Andy’s dinosaur adventure, Dino Paws, Chuggington, Thomas and Hey Duggee (or at least those are the ones that don’t drive us mad and we can bear to watch on repeat!!)We are finally starting to use mega blocks to build and not just destroy and we do like a game of match the mummy animal to the baby animal!

If we ask for a kiss he will grab our face with both hands and pull it towards him for a big wet one!

We sing twinkle twinkle before bed and if I stop he will fill in the gaps! Aww!

Looking forward to the next year 😀 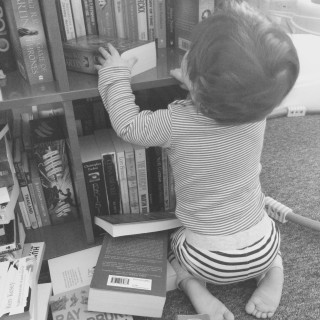 I live in London and love all things crafty. Outside of my 9-5 life I love experimenting with new crafts and exploring new places with our little boy.

The Friends of Mountsfield Park (FOMP) want to make our park a better place .

No one told me it would be like this...

all the bits and pieces that make up this crazy, wonderful life

I am a mother to three children and a husband! This is a fun and happy outlook on life with small children! I love trying new products and letting you know!

Life Through the Lens

Beauty is in the Eye of the Beholder